skip to main | skip to sidebar

Check out my phenology blog 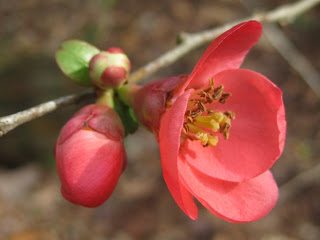 I'm trying to figure out how and what to post more often at this blog...I may have too many blogs to manage! Until I figure this out, please check out my blog, HollerPhenology if you're interested in life cycles of other species in this neck of the woods.

Many thanks to Anne at Flour Sack Mama for this post! I hope you'll read the full story and check out more of her blog...lots of good stuff about life and concerns of the people up here in the Cumberland Mountains of east Tennessee!

Flour Sack Mama: Appalachian Residents Concerned about Gas Exploration: When they see the large trucks rumble along the mountain highway through their community, Eagan residents can't help but wonder where they're going and why. People in the Clearfork Valley of Northeast Tennessee have seen an increase in this traffic in recent months and are curious about the process they hear of called fracturing or fracking. "When they started the fracking," said Director Marie Cirillo at the Clearfork Community Institute, "we don't know who's running it and we don't know if the state has any rules to control it."
Posted by seabird10 at 5:33 PM No comments:

Right now we don't have national standards for disposal of wastewater discharged from natural gas extraction activities -- a fact that has been of concern to citizens and activists for many years.

The Department of the Interior’s U.S. Fish and Wildlife Service today unveiled a national management plan to address the threat posed by white-nose syndrome, which has killed more than a million hibernating bats in eastern North America since it was discovered near Albany, New York in 2006.

“Having spread to 18 states and four Canadian provinces, white-nose syndrome threatens far-reaching ecological and economic impacts,” said Secretary of the Interior Ken Salazar. “We’ve learned a lot in the past few years about the disease, but there is much more work to be done to contain it. This national plan provides a road map for federal, state, and tribal agencies and scientific researchers to follow and will facilitate sharing of resources and information to more efficiently address the threat.”
Posted by seabird10 at 3:22 PM No comments:

The study, “Health-Related Quality of Life Among Central Appalachian Residents in Mountaintop Mining Counties” appears in the May issue of the “American Journal of Public Health.”"
Posted by seabird10 at 8:53 AM No comments:

Environmental Illness in U.S. Kids Cost $76.6 Billion in One Year

Environmental Illness in U.S. Kids Cost $76.6 Billion in One Year: "It cost a 'staggering' $76.6 billion to cover the health expenses of American children who were sick because of exposure to toxic chemicals and air pollutants in 2008, according to new research by senior scientists at the Mount Sinai School of Medicine in New York.

Published in the May issue of the journal 'Health Affairs,' three new studies by Mount Sinai scientists reveal the economic impact of toxic chemicals and air pollutants in the environment, and propose new legislation to require testing of new chemicals as well as those already on the market."
Posted by seabird10 at 3:34 PM No comments:

This article by John Sullivan (ProPublica, co-published with the Columbia Journalism Review) talks about consequences of shifts in journalism as well as the history of the public relations field. Here's an excerpt:

The Gulf oil spill [3] was 2010's biggest story, so when David Barstow walked into a Houston hotel for last December's hearings on the disaster, he wasn't surprised to see that the conference room was packed. Calling the hearing to order, Coast Guard Captain Hung Nguyen cautioned the throng, "We will continue to allow full media coverage as long as it does not interfere with the rights of the parties to a fair hearing and does not unduly distract from the solemnity, decorum, and dignity of the proceedings." It's a stock warning that every judge gives before an important trial, intended to protect witnesses from a hounding press. But Nguyen might have been worrying too much. Because as Barstow realized as he glanced across the crowd, most of the people busily scribbling notes in the room were not there to ask questions. They were there to answer them.(Read the whole story...)

Life in the Holler 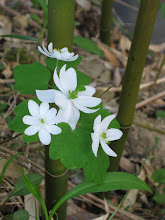